A fundamental maxim in a real-time system is that the highest priority task that is ready to run must be given control of the processor. If this does not happen deadlines can be missed and the system can become unstable or worse. Priority inversion simply means that the priority you established for a task in your system is turned upside down by the unintended result of how priorities are managed and how system resources are assigned. It is an artifact of the resource sharing systems that are fundamental to RTOS operation. 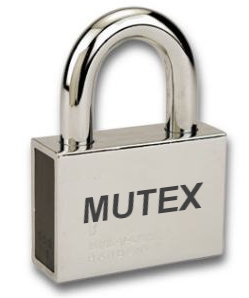 Mutex (and/or Semaphore) objects are used to ensure that the various tasks can have exclusive access to system resources when they need them. Consider Task C that is writing to RAM. To protect against memory corruption which could occur if another higher priority task (Task A) preempts Task C and writes to the same block, Task C uses a Mutex to lock access to the RAM until the write is completed. However, Task A interrupts Task C before the operation can be completed and yet Task A needs to access the file system to complete its work. The result is a priority inversion. Task C must finish its work so that Task A can get access, but Task A has blocked Task C because Task A has a higher priority. Embedded gridlock! This scenario can be termed “bounded inversion.”

A variation of this is termed “unbounded inversion.” Task C has locked the RAM with a Mutex and is then preempted by Task B which is attempting to perform an unrelated, but higher priority operation. Highest priority Task A then preempts Task B but relinquishes control (blocks) since it cannot access the resource because of the Mutex claimed by task C. Task B then resumes operation and maintains control of the processor for as long as it needs it. Task A (the highest priority task) is unable to run during this unbounded period.

The simple solution is to let Task C finish what it was doing, uninterrupted, and then release the Mutex on the file system so that Task A can do what it needs to do. But the operating system objects are doing exactly what they were programmed to do and, without special logic to deal with these situations, the scheduler must honor the relative priorities of Tasks A, B and C and the inherent rules of the operating system.

So how does the developer avoid these situations or once in them, how does the system get out of the situation? A great deal of study has gone into this subject and space does not allow a detailed review of the research. Instead, let’s consider the two most common ways that RTOSes deal with priority inversion and how each approach affects the conditions of bounded or unbounded inversion. Both of these techniques are valid and both have their pros and cons.

The Priority Ceiling Protocol used by other RTOSes avoids the potential problem of dealing with unbounded inversions but, since all tasks that use the same resource are permanently given the same high priority, even if they are not essential tasks, this may starve other, more important tasks.

The RTXC Quadros RTOS uses Priority Inheritance Protocol. It addresses bounded inversions and avoids the potential problem of Priority Ceiling Protocol that can starve tasks which are not part of the set.